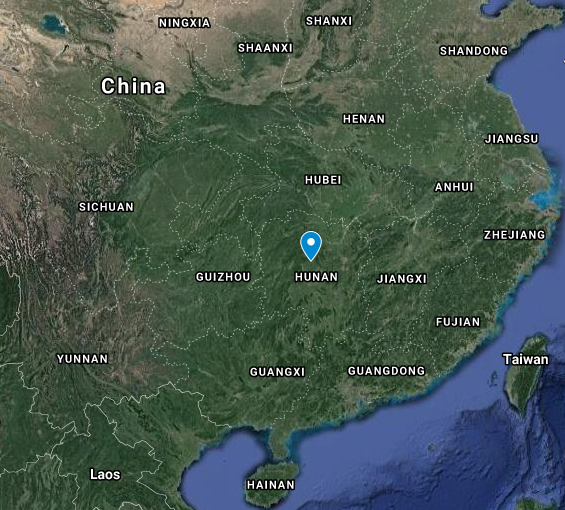 To make the following description in a friendly frame we did it under an “interview” format done by a fellow audio blogger, James Grant, and Doge sales Manager.

First, we’d like to show you where we are located and tell you we are a wholly-owned Chinese company, and that we are located in China mainland, in Hunan Province, in Changsha city, also known as the “Silicon Valley of vacuum tubes” as all Chinese tube factories are located there, Shuguang, Psvane, and Linlai a new company. We have very good relations with all of them.

OMG CHINESE?? But Chinese products are not reliable and use fake components.

About fake components, I will say a word later about this.

Chinese products don’t always have a good reputation, in particular when it comes to reliability. But we don’t make any secret about our origin as we are proud that we got more than 20 great reviews in German Hifi magazines for products we designed and manufactured under the brand of a German OEM partner, LUA GmbH, specialized in speakers at that time, and with no experience in manufacturing amplifiers. LUA is now slowly ending his amplifier activity, and Mr LUA at 88, is retiring. His son refocused their activity on LUA speakers. Learn more about our history with the German brand LUA…

So that’s the reason nobody heard about you before, you were just a subcontractor doing assembling?

Indeed, reading this section, it may be the first time you’ve heard about our brand whereas our company now exists for 17 years.

That’s because Doge brand stayed in the shadow of LUA; until recently we did not want to ‘emerge’, in order to stay faithful to LUA and not disturb their sales. However, after reaching the most significant part of our production five years ago, their orders went down to almost zero.

This said, please don’t mistake everything. We were in OEM (ODM to be precise) partnership, not subcontracting. We are amplifier designers, so our main added value is not assembling. We sell the technology we initially designed on our own products, to western customers like LUA without self know-how in amplifiers. Click here to know more of the history of our ex partnership with LUA….

You mentioned you would say a word about fake components…

Yes, unfortunately even less than before, some Chinese companies and even some famous ones, still use fake components of Japanese, german brands… I worked with around 12 Chinese factories and I know who they are. Some use fake components on good faith, sourcing non-reliable wholesalers.

There are zero fake components in Doge products and we have many pieces of evidence of that. The invoices of our wholesalers and the reputation of our wholesalers, Element14, Mouser.com, etc… What the cooperation with LUA helped us to do, is to secure our sourcing. To pass the severe DIN Standards in Germany, LUA required us proof of components origin so we take the habit to source only from the official wholesalers of our components brands.

Although DOGE was created in 2002, Mr. Liu has more than 25 years of experience in High-End audio design. Indeed, Doge Hi-Fi history starts in reality in 1994 as it has some close connections with the US Maryland corporation JOLIDA Inc.

In 1994 Jolida Inc., which had a long-term business relationship with Shuguang tube factory for distributing their military radio tubes in the U.S., wanted to develop new markets. in 1995 they created a joint venture in Shanghai under the name of Shenda-Jolida Ltd. And Mr. Liu a reputed Shuguang engineer was hired as chief engineer to create a full range of tube amplifiers for Jolida. The first tube amplifier designs of Mr. Liu were very well received. The integrated JD302 won an award at the 1996 Las Vegas CES. From 1996 to 2002, there were some ‘golden years’ during which Mr. LIU designed a lot of ‘hot’ sales products for Jolida among which were Jolida’s JD202, JD302, JD502, JD801, JD1501 the CD player JD100A, and the power blocks ’Music Envoy’…

In 2002 Mr. LIU was working at the Shanghai Shenda-Jolida factory, 2000km from his Changsha home city where both his wife and kids lived. For this reason, he decided to resign and go back to Changsha city to create his own company keeping working remotely for one year on completing Jolida’s pending projects while setting up the Doge Factory.

DOGE is a much smaller factory than Shenda-Jolida. It was not an ambitious project created solely for the purpose of making a great deal of money, but a family-sized business with direct control over the management of all the steps, design, manufacturing, QC, and shipment.

THE INNOVATION UNDER DOGE BRAND

When he became his own boss, Mr. Liu didn’t just want to make the same circuits he designed for Jolida with a different chassis. He really wanted to go further with research and innovation. In 2005 a much-improved version of the CD player JD100A was released under the name Doge 6, and sold a year later in Germany under the LUA brand. This tube CD player LUA Appassionata got many awards in “STEREO” the famous German magazine. This was an incredible CD player with 6 tubes for the analog stage and a balanced tube differential stage (the first tube CD player in the world to do this). It is now discontinued but we used its exclusive technology to create our recent DAC, the Doge 7.

In 2012, after having reached a high ‘western standard’ quality of equipment manufacture, and we thank LUA to have pushed us to reach German standards, Mr. Liu decided to go one step further on innovation making our patented “PAB autobias” (Precision Auto-Bias). This is a computer-managed bias control, unlike any others on the market. In 2014 we released an improved version called PADC (Precision Autobias with Dual Class mode). The new feature is capable of offering at the same time Class A and Class AB on the same amplifier by computer management of both voltages and anode currents depending on the selected class.

Doge is still a family-size company. We have a factory of 300m2 (3,100 sq ft) and a team of 7 staff including the management. Our production is now focused only on DOGE brand and our OEM activity is almost stopped.

We consider ourselves as a ‘handcraft’ factory. Our first priority is the quality of our products, not the speed of making them. We let our workers do their job quietly, without productivity pressure, and in this way, we ensure that our products have a high standard of QC, even know doing this way will never make us rich, and we assume it !! We have limited production quantity as we don’t want to become a big factory. Sometimes there is a long lead time to get our products. Sorry if it happens occasionally for you.

To promote our own brand, as the rebirth challenge arrived at a time the traditional Hifi was slowing down and brick & mortar shops are slowly closing down, we thought the best way to rebirth was through direct sales, but in a different way you can find on AliExpress, and similar websites handling hundred of products and being more logistic agent rather the retailers.  Our difference is we do FACTORY direct sales.

We provide truly customized support, from the choice of the product that suits your needs, until its delivery. We give you lifetime unlimited support for any information about the products and a warranty service served in your country. This has been available by the arrival of Marc, our sales and product manager in the team in 2014 bringing with him 30 years of experience in Hifi.

We did this without any advertising.  All our sales are done by word-of-mouth through internet forums and blogs. Our best advertising is the quality and performance of our products. We want to warmly thank Arthur Salvatore an independent reviewer who helped to promote Doge 8 when he wrote in 2011 on his blog high-endaudio.com that “Doge 8 may be the best value preamplifier in the history of audio”.

Please always ask for these license numbers if you trade with a Chinese company. A few of our competitors are simply not registered and most of those that are registered don’t have an export license. Making and selling good products direct to the customer is a serious process and should also include doing this business officially!