The best integrated amp on the market for its price 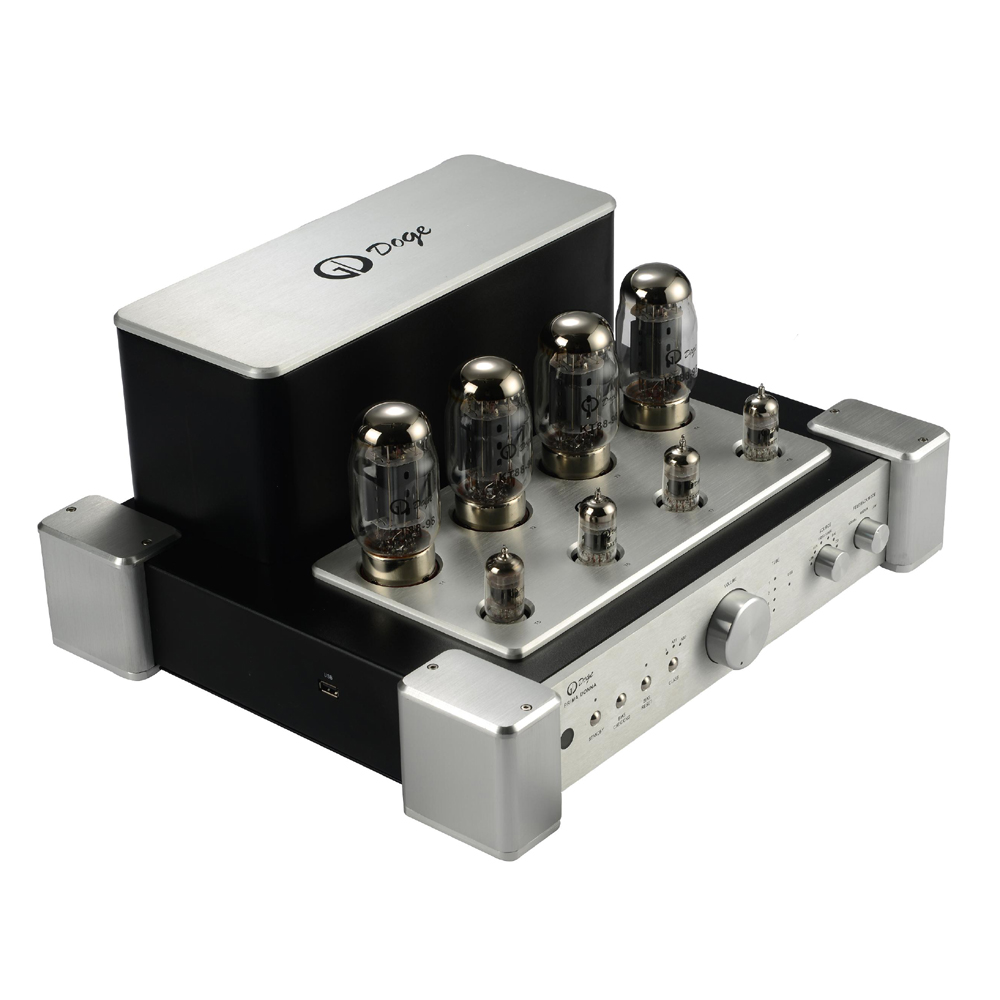 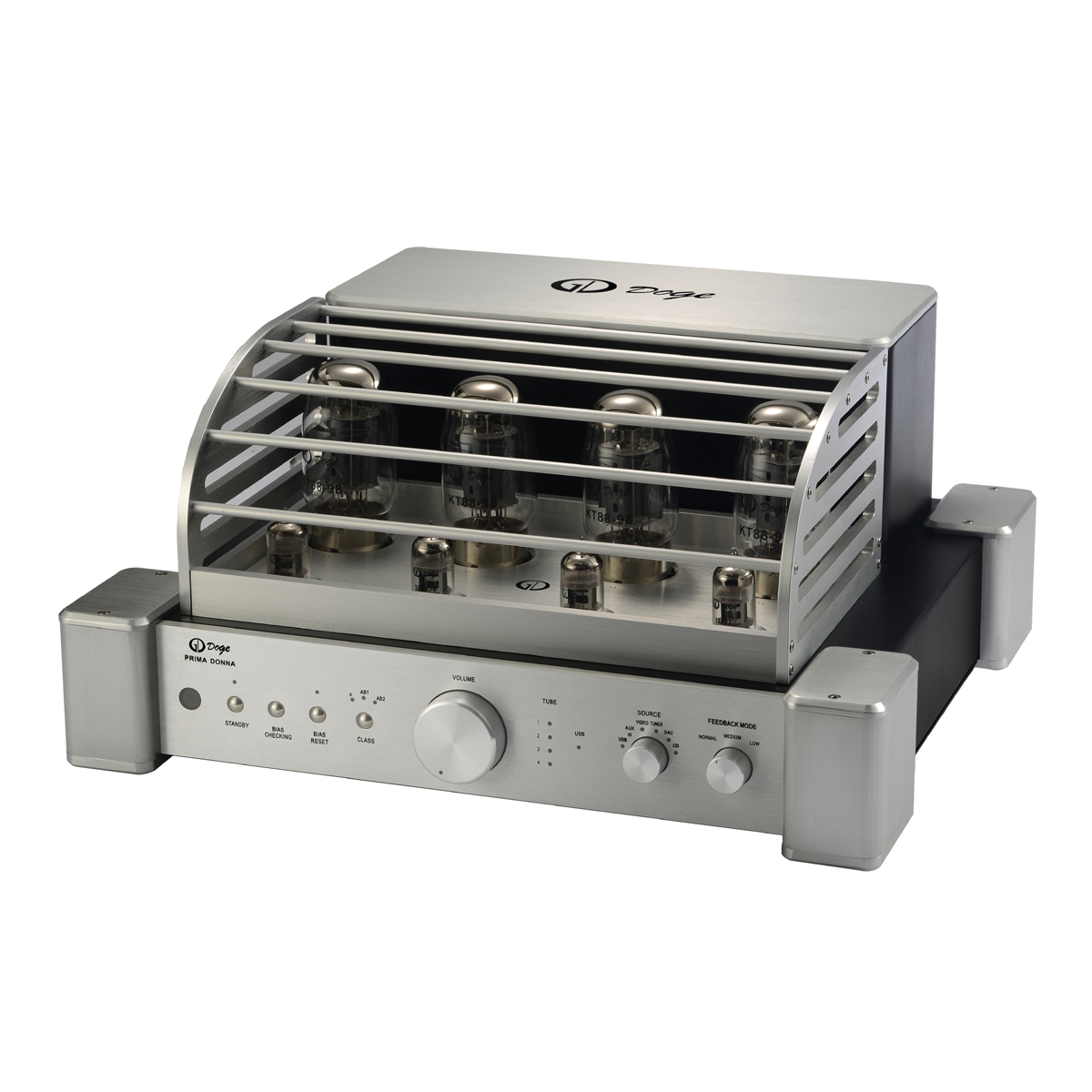 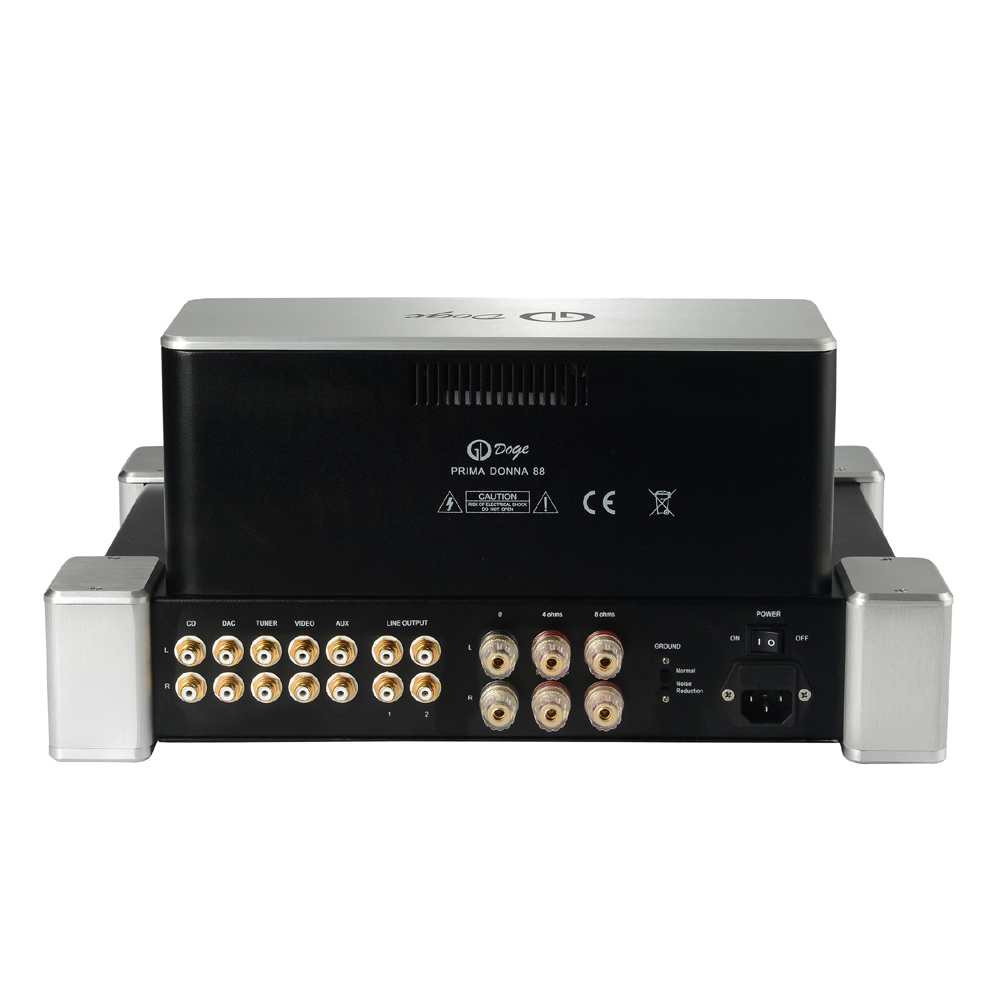 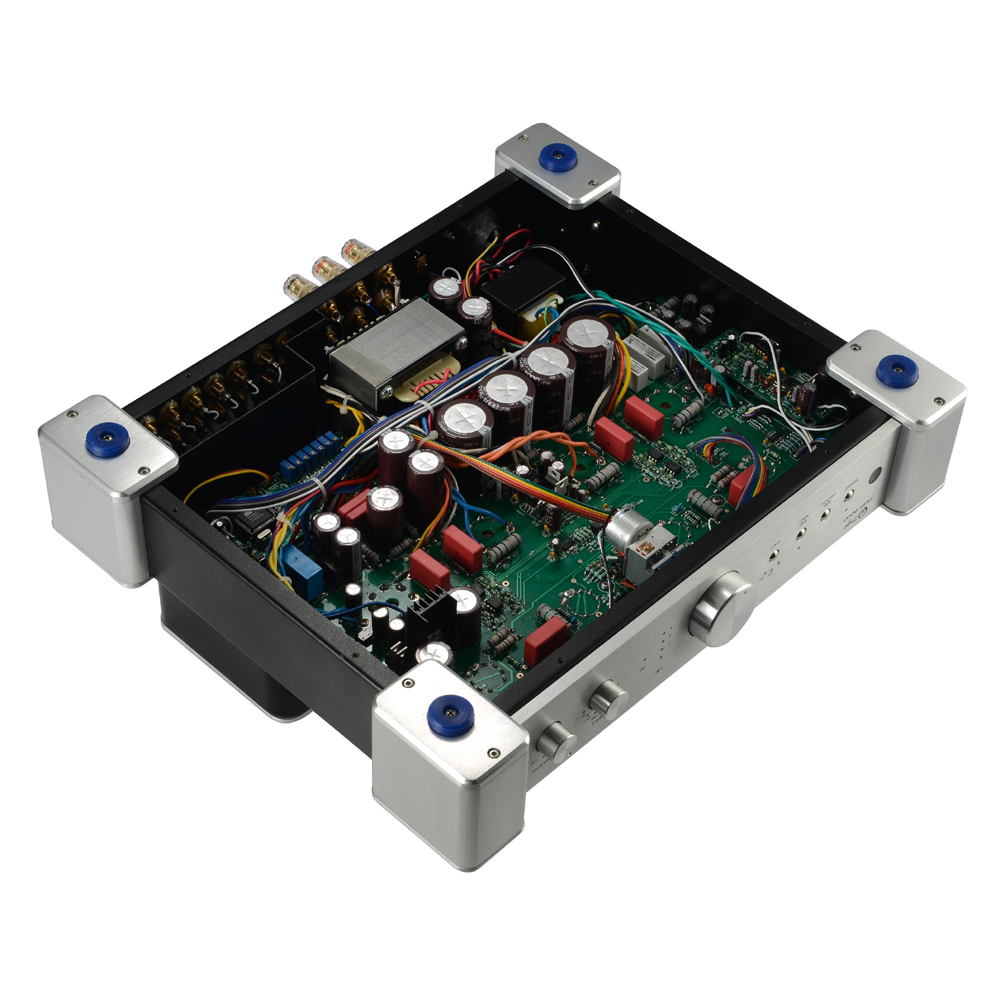 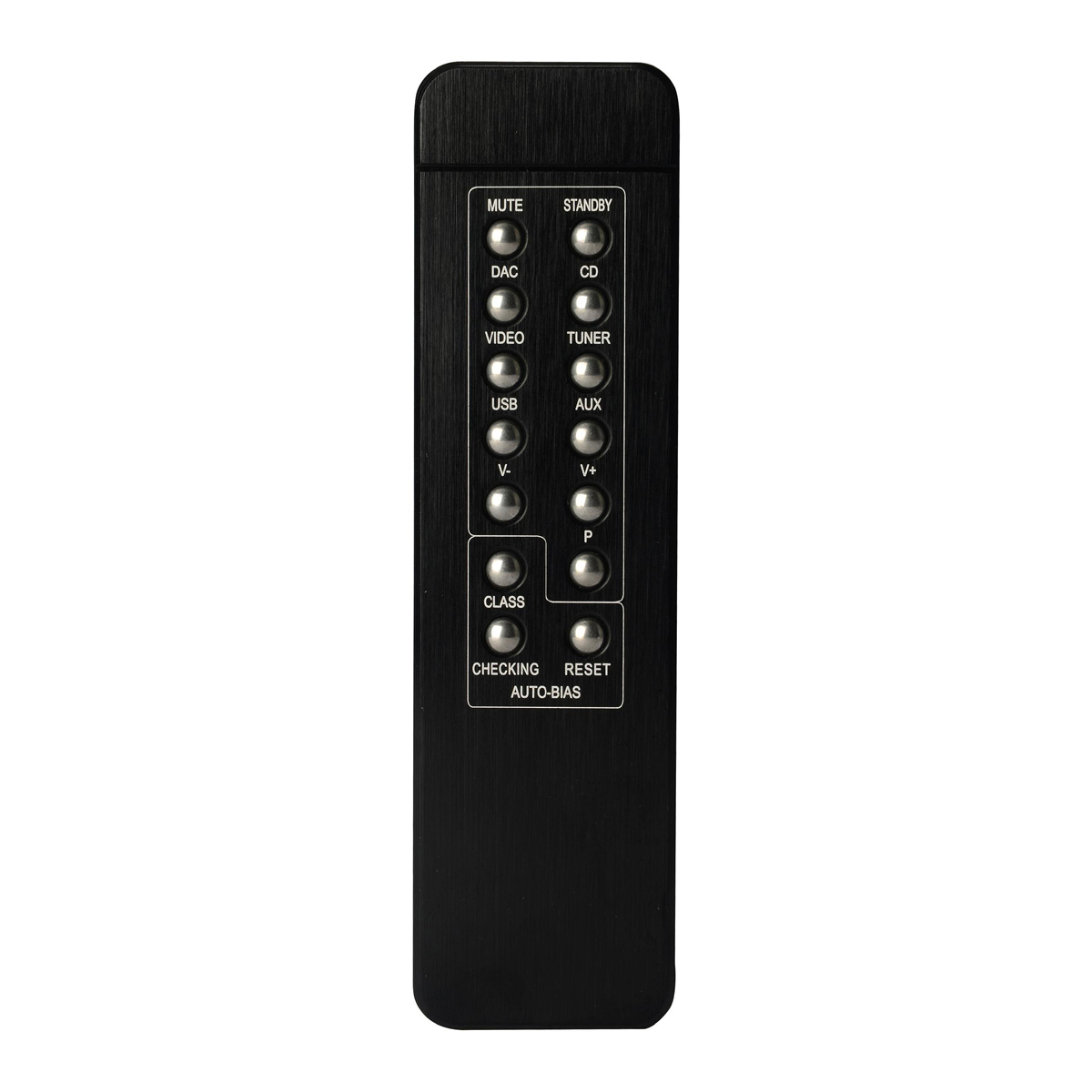 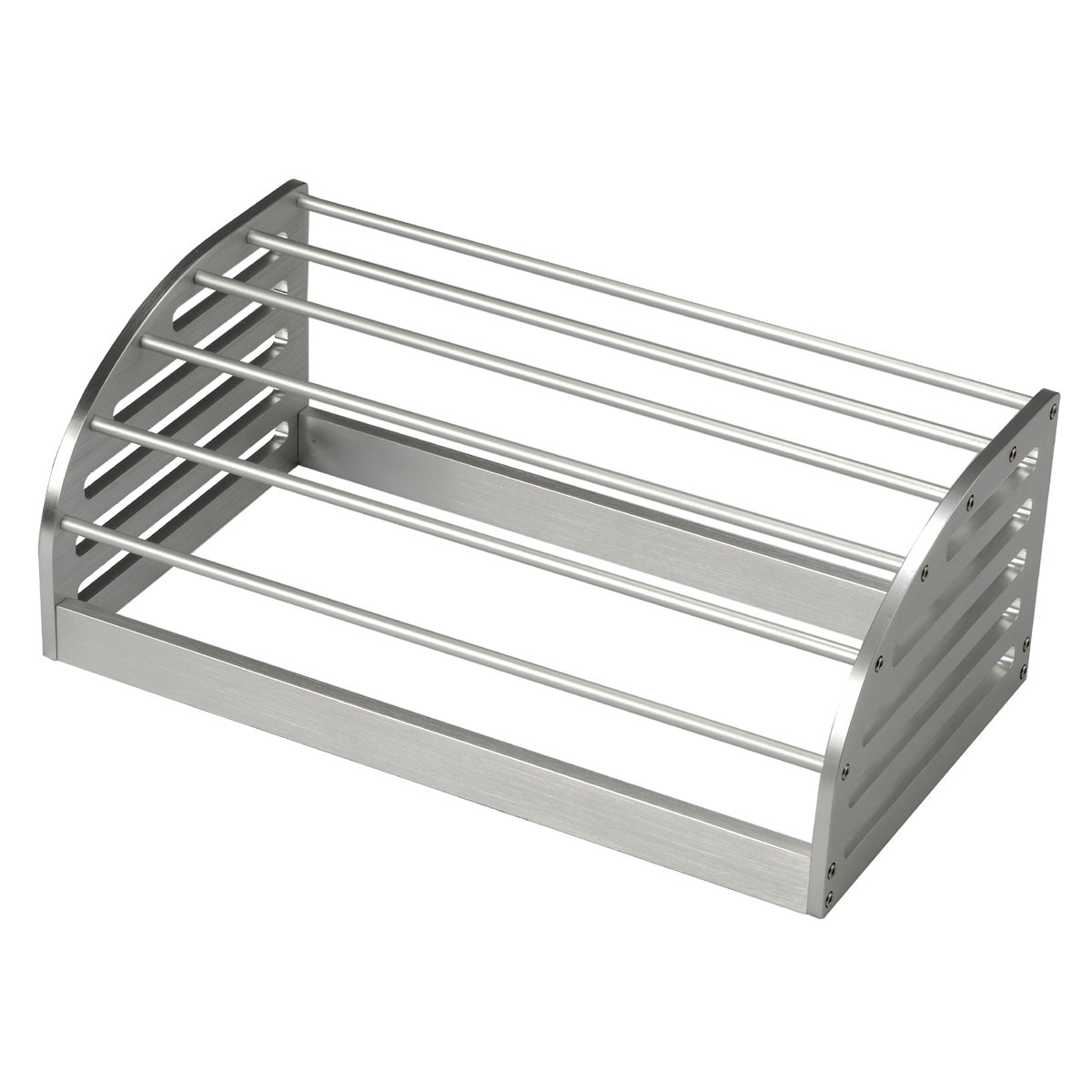 The most innovative integrated tube amplifier world wide. A unique Dual Class mode coupled with autobias managed by microprocessor.  All this for an incredible sound performance.

The best integrated amp on the market for its price and it comes with a built-in DAC for PCs and MACs.

Our Prima Donna is a KT88 push-pull integrated amplifier, but it can be used with 6550 or KT120 tubes as well.

She was hard to please, demanding only the very best components, after all she is a Prima Donna, but now she will sing her sweet songs for you.

To sum-up the Prima Donna design core idea, it is that we wanted to put the best of our knowledge and the best components in it.

We are also proud to introduce on the market a totally new technology, the DUAL CLASS A. This is the main feature of Prima Donna you won’t find anywhere else in the world. This is truly not marketing but a real statement. This technique doesn’t exist anywhere else than in Prima Donna and Doge 9 PAB.

Due to our new 2014 generation of Doge PAB autobias, we are now able to manage different levels of voltage and anode current for the same amplifier. So with the Prima Donna you will be able to choose between class A and class AB in the same amplifier.

What is really different with the Prima Donna, compared with what you can read elsewhere, this is that our class A is not what is called by others “floating class A”, described like between “class A between 0 to 10W and then class AB from 10W to 50W as example we read on competitors websites. Such descriptions are only for marketing. The true class A must have a very high current going through the tubes, whether you are at minimum power or maximum power. That’s the reason in class A we have programmed our microprocessor to set the bias at the high value of 80mA to deliver a true class A with only 0.07% distortion, which is extremely low and very very rare for a tube amp. To be able to supply this high current to the tubes, the PAB microprocessor changes the bias setting and main power voltage.

As a concrete example, in class A the KT88 tubes get a 450V power voltage, whereas in class AB they get 520V, which is the reason the max power is limited at 30W in class A, but it the same time the evidence it is a true class A and not a marketed class A.

In class AB1, the anode current is lowered at 50mA and the voltage is so we are able to deliver 55W. We have even a class AB2 with a bit more distortion, but a real 80W RMS ! This can be useful for parties with friends meanwhile keeping an excellent sound.

So whether you are listening alone an Opera or you are making a party with friends, you will still have the best sound according to your needs. You just need around one minute between the change of classes, to let the microprocessor to re-adjust the bias and change the high voltage of the power transformer accordingly.

What about the reliability of using a microprocessor in a tube amp? Since we launched our first generation of autobias in mid-2011, we never had any break-down of our microprocessor which is a very mature STT unit (ST Microelectronics-Thomson).

Any designer would have stopped here, but our Prima Donna still wanted more! So we have created for her the FLS (Feedback Loop selector) function. Almost all amplifiers have a negative feedback loop, which in two words means the amplifier re-inject a little part of the output signal into the input stage to make it more stable. In the 60’s this was considered as an improvement, but after years passed, many audiophiles were considering that big “feedback loop” made the amplifiers too linear and lacking of soul. A small numbers of amplifiers use zero “feedback”, but this requires ultra-stable speakers. On our side, our point of view is we don’t know which speakers will be used with our Prima Donna, so we have preferred to do a design with a feedback loop, and to let the user the choice of the strength of this feedback loop.

We offer three choices, normal, medium, and low. Normal is what you find in all amplifiers on the market, whereas “low mode” is close to the zero feedback loop’s amps. This choice is to make after listening upon your taste, and “low” mode still keeps a little feedback to keep the amplifier stable. Audiophile who loves the zero feedback loop will be delighted with our low feedback mode.

About the construction quality, we have used a rigid and thick steel chassis. The transformer cover is also made of 3 sections where each transformer is magnetically shielded to each other. To supply the correct amount of power, we use a huge power transformer, and a Pi filtering with a huge choke of 1H/1A, with 500µF before and 500µF after the choke, so a total of 1,000µF !! You will have firm and incredible basses. For coupling capacitors, we use german’s WIMA.

Compared to our first generation of autobias, we have put all the tubes LEDs on the front panel in order to make the tube sockets area not to look like a Christmas tree, and instead, we put a nice anodized aluminum plate. In case you make the bias check or bias reset from your sofa with the remote controller, it is more convenient to see all LEDs at the same place.

That’s not finished! The Prima Donna includes a built-in DAC for PCs and MACs (not USB keys) with USB input on the left side of the chassis, around 3 inches (7cm) behind the front panel. There is a LED that indicates if the digital source is well recognized and a USB selector in the knob selector. The cable is not supplied. This is an A/A connector.

We offer as an option, a very sophisticated protection grid which holds with strong magnets (enough strength for kids’ hands) so the appearance is beautiful with no visible holes on the chassis and no screws on the grid.

And what about the sound? Well, we have compared it to several amplifiers among the range $3,000 to $5,000 range and our Prima Donna was always the one who delivered the best sound!

> Factory-direct price: $1,690  including delivery to your front door, Paypal or CC fees, and one year warranty served in your country.

From December 2017, we do the same prices worldwide except for Asia, Russia, Brazil, South-Africa, and small islands.

Please note that for safety reasons according to international air freight regulations, remote controllers are not supplied with batteries. We use AA type battery.

Sign-Up to our newsletter for subscribers' only special deals and new products release.
* Three emails per year